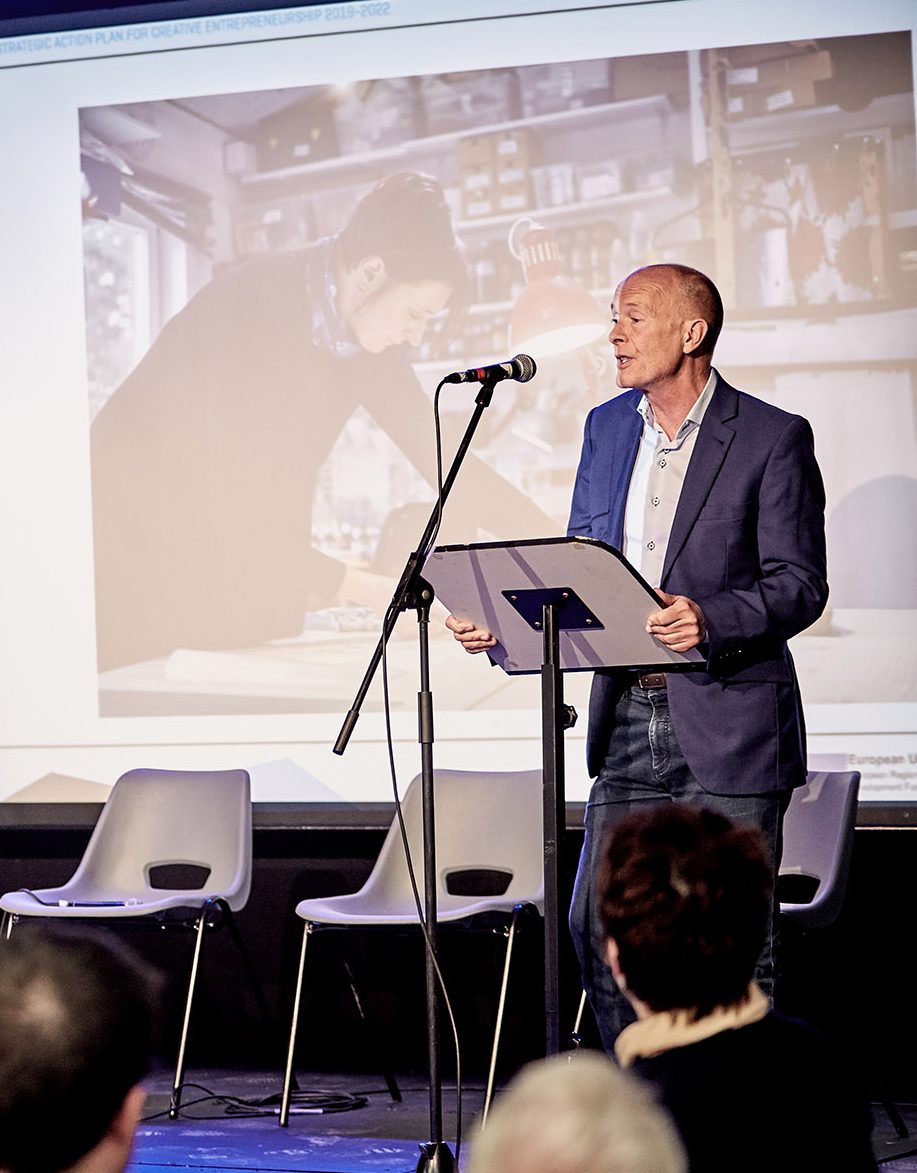 The Generate Programme was a pilot initiative from the Creative Coast Donegal Initiative of the Local Enterprise Office that saw Creative Industries Specialist David Parrish, engage on a one to one basis with businesses in the county for two and a half years.

“It was different from anything we had done before and from the outset a key element of the programme was to have 15 jobs at the end,” – Mr. Tunney explained.

He added that he was delighted to announce that, not only had that target been exceeded, that there was a potential for more jobs from the businesses soon.

That was confirmed by David Parrish who said he had been very impressed by the creative talent he had witnessed in the county when he had first visited, adding he was delighted to have had the opportunity to work with so many businesses over the two years of the programme.

“I think the Local Enterprise Office deserves great praise for having the initiative to run such an innovative pilot programme. Of course, I was always very aware of the target of 15 jobs so I am delighted to report that we have managed 17 with a further 12 in the pipeline, which is a great return for those businesses.”

BROWSE OUR OTHER LEARNING OPPORTUNITIES & EVENTS

DEVELOPING A DIGITAL MARKETING STRATEGY FOR YOUR BUSINESS

HOW MUSICIANS CAN GENERATE INCOME FROM STREAMING

DEVELOPING A DIGITAL MARKETING STRATEGY FOR YOUR BUSINESS

HOW MUSICIANS CAN GENERATE INCOME FROM STREAMING

We use cookies on our website to give you the most relevant experience by remembering your preferences and repeat visits. By clicking “Accept All”, you consent to the use of ALL the cookies. However, you may visit "Cookie Settings" to provide a controlled consent.
Cookie SettingsAccept All
Manage consent