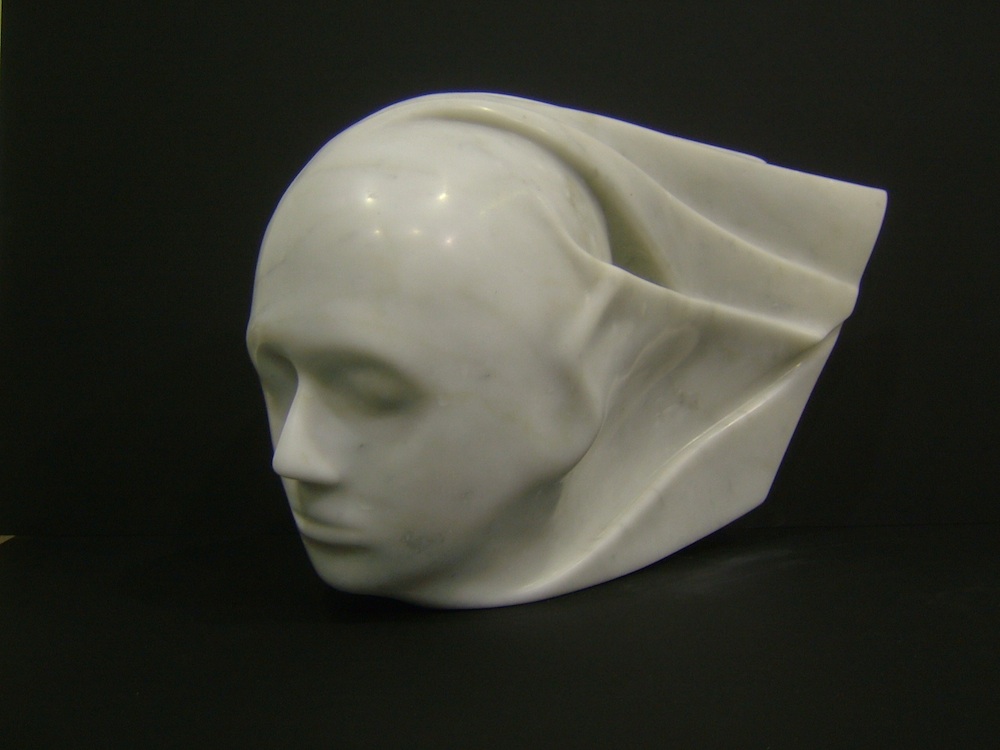 Redmond Herrity, who works from his home place of Letterkenny in County Donegal, Ireland, has travelled extensively, creating private and public commissions. During his time in India in the late 1990s, he was inspired by street sculptors and in a later trip to Australia worked with stone for the first time. He graduated from Leitrim Sculpture Centre in Ireland in 2001 and later worked in Carrara, Italy, where he began mastering the ancient techniques of marble portraiture. From classical portraits to modern sculpture, Redmond’s work spans centuries.